Our Area of Operations: Donegal Bay

Bundoran RNLI Atlantic 85 Lifeboat, B-834, ‘William Henry Liddington’, provides search & rescue cover for approximately 650 square km (or approx. 190 square nm) area of Donegal Bay.
​Donegal Bay is situated in the northwest of Ireland, with a large portion of its northern and eastern coast falling within Donegal county boundaries. The remaining portion of Donegal Bay's coast is in the north of county Sligo. The bay encompasses an area that extends from Rathlin O’ Birne Island to the northwest, to the east as far as Donegal town and southwest out to Cooladoon and Dooneragh Point. In total Donegal Bay is approximately 19.4 nm (36km) wide (taken from Rossan Point on the north shore to the entrance of Sligo Bay on the south) and it is close to 24.8 nm (46km) long from Donegal town to the mouth of the bay. Within the bay, a series of headlands and cliffs are the most striking physical landforms with the Slieve League sea cliffs, St. John’s Point and Doorin Point on the north coast and Kildoney Point, Mullaghmore Head and Streedagh Point along the south coast. Slieve League cliffs are among Europe's highest sea cliffs which rise 1972ft (601m) above sea level.

Donegal Bay's beaches have some of Europe's finest surfing, caused by a combination by a direct west-facing locations and the funnel-shape of Donegal Bay: Atlantic westerly swells are funnelled into a relatively small area, thereby increasing wave height and shortening wave periods. Bundoran and Rossnowlagh are recognised by the European surfing community as among Ireland's finest surf beaches with good facilities and excellent water quality.

​Donegal Bay is subject to high-energy swell. The tidal range in Donegal bay varies from 1.5m during neap tide to 4.5 m during spring tide. The western coast of Ireland is exposed to the full impacts of Atlantic swell wave and storm activity. Significant deep-water wave heights (Hsig) here reach values of 15 - 20 m. 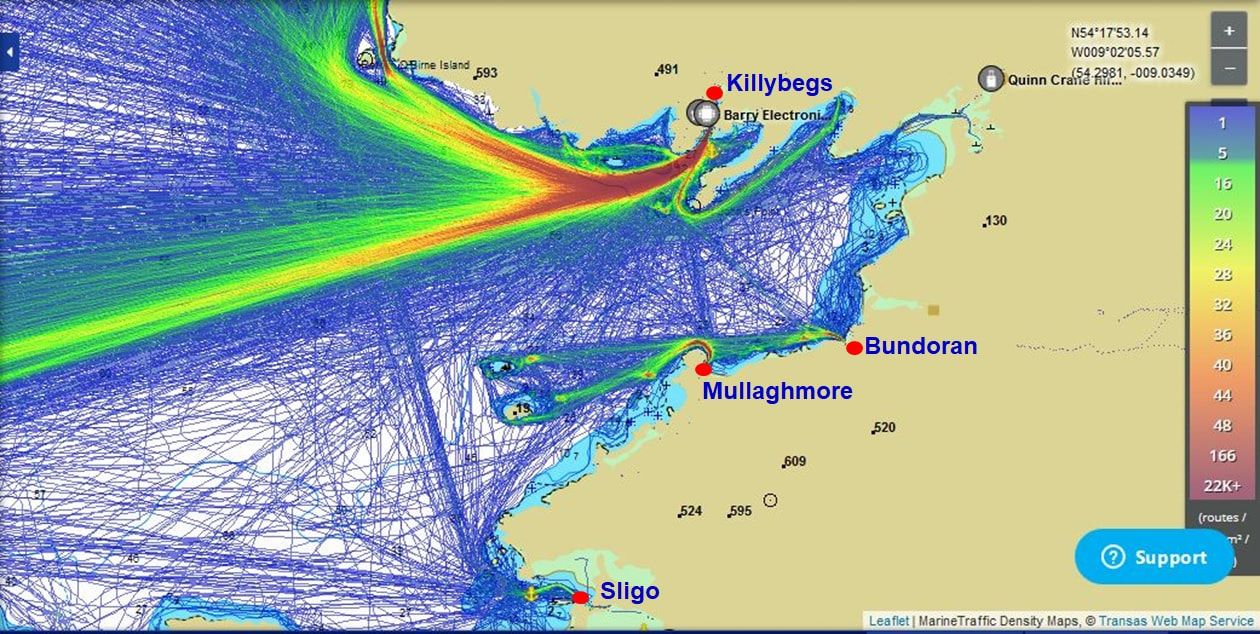 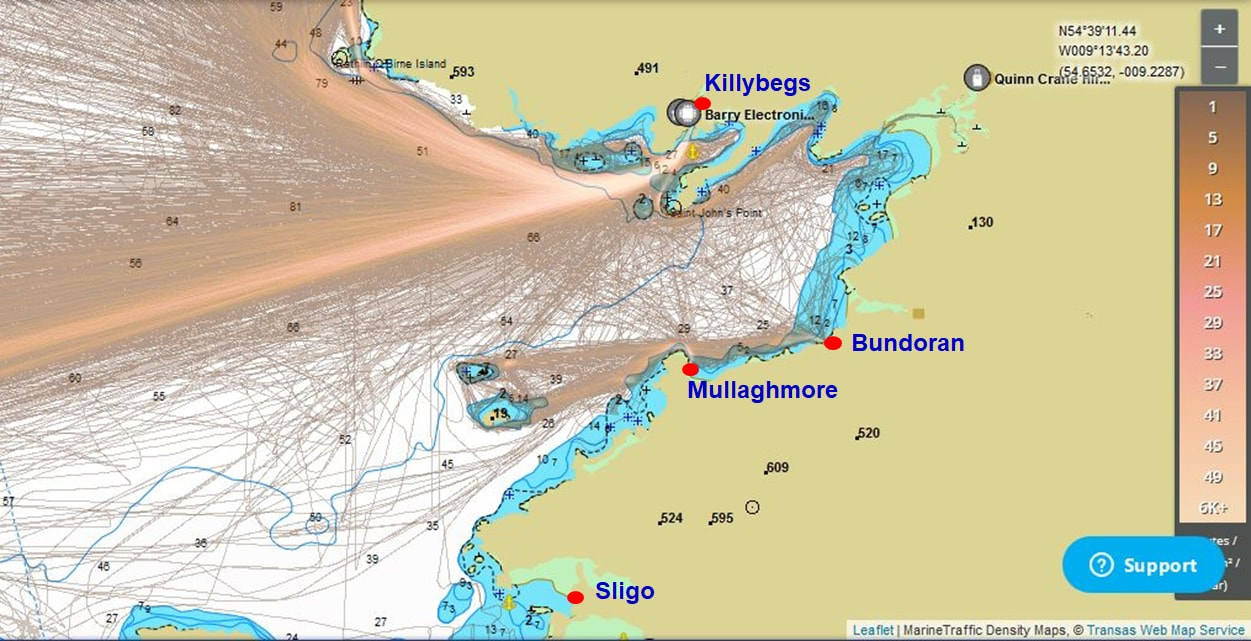